The SMART auto body repair method is one of the most common methods that mechanic shops use when repairing the body work on vehicles. SMART stands for Small To Medium Area Repair Technology and is a method used by many auto body shops.

The Principles Behind SMART

The SMART method has helped change the way that body shops approach fixing a damaged car. Before the SMART method came along, many auto body shops would focus on replacing everything that was damaged on a vehicle when it came in, and they would not make any effort to first repair the damage. This required a lot of labor hours and was really expensive

What Drove The Smart Method

The change to the SMART method was driven by two different things. First, it was driven by a need to lower repair costs for consumers and make fixing a damaged vehicle more reasonable. Second, auto companies begin to emerge that made products that could be used to facilitate repairing auto body damage. These companies began to make glues, epoxies and fillers that made it possible to fix damaged body sections instead of always having to replace them.

The SMART way of approaching auto body damage has become so common place, that it is often taken for granted. However, many of the auto body repair techniques that are used to fix vehicles today have the SMART approach to thank.

For example, if the upholstery in your vehicle was damaged before the smart approach, you would have to replace and completely reupholster your car seats. Now, if your upholstery is damaged, repair patches and upholstery glue can be used to fix your seats back up, even if they are made of leather.

Another example is seen in paintless dent repair. Before the SMART method, when you got a dent in a body panel, the whole thing was taken off and replaced, which is time consuming and expensive. Now, a mechanic can use suction methods to pull the dent out or use special filler to fill the dent in, which takes significantly less time and can save you lots of money.

Another good example is repairing a scratch in your vehicle. Before SMART, your entire panel would be sanded down, primed, and painted. Now, there are tools that allow you to apply repair paint at home to small scratches on your vehicle.

The SMART method has changed the focus from replacing damaged areas on vehicles to using tools to repair as much damage as possible without replacing the body panels. There is a good chance that if you go in for some body work, the SMART method will be used to fix up your vehicle and save you money.

For more information, contact a business such as Mach 1 Body Shop Inc. 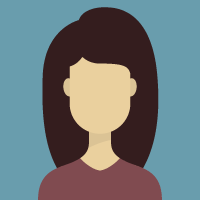 After years of driving the same old car, I knew that I needed a change of scenery. I commute long distances for work, and being inside of that car for hours at a time was really depressing. I knew that I needed to go through and repair things, so I started looking into a business that could help me fix up my car. I had professional detailers go through and completely clean the inside, and then I had auto experts overhaul the interior fabrics, dashboards, and everything else. I also had a professional auto body team completely repaint the car, which made a huge difference. Check out this blog to find out how auto body changes can help.

Key Elements To Seek Out In An Auto Body Shop
6 October 2022
Auto body shops provide important restoration services to vehicles that have body damage, whether it's dented on the side or detached bumpers. If you' …

Repairing Your Vehilce's Collision Damage
13 July 2022
A collision with another vehicle is a serious incident that can cause serious injuries to the drivers, and it can lead to widespread damage to the car …

Advice When Having A Collision Repair Shop Replace Body Panels
19 April 2022
After a car collision, it's natural for some of your vehicle's panels to be in bad condition. If they're severely damaged that they can't be repaired, …